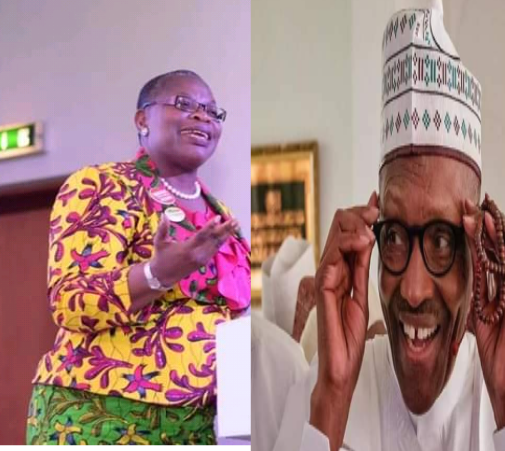 The presidential candidate of the Allied Congress Party of Nigeria (ACPN),Oby Ezekwesili said President Muhammadu Buhari lacks the aptitude and capacity to continue to lead Nigeria the most populous country. “President Muhammadu Buhari has now shown neither the capacity nor the aptitude for the highest office in the land,” Ezekwesili said this on Monday at a press conference in Lagos as her party unveiled its road-map for winning the Nigeria 2019 presidential elections.

“Let us talk about the present administration; what is the primary legacy of President Muhammadu Buhari? It is the destruction of our nation’s wealth and bring our economy to the worse recession Nigeria has witnessed in decades.

“Even now that the economy has come out of recession, the growth is as sluggish as its government. Four out of every 10 adults are either unemployed or underemployed and Nigeria is now the poverty capital of the world,” she added.

“This president talks about fighting grand corruption. Please, please, give me a break! Can corruption fight corruption? Does he think we cannot reason or see?” Ezekwesili said

The Presidential candidat who was the minister of education under the People’s Democratic party-led administration, said the opposition party (PDP) is not also a better alternative to move Nigeria forward.

Ezekwesili also took a swipe at the PDP’s presidential candidate, Alhaji Atiku Abubakar, she said he is not better than President Mohamadu Buhari

She affirmed that the ruling party and opposition party PDP are “brothers and sisters of iniquity and impoverishment, merchants of failure and disappointment.”

The former minister of education, while stating her achievement in office, said she “introduced Public Private Partnership models for education service delivery and very importantly ensured that Innovation & Vocational Enterprise Institutions were accredited, certified and regulated by the National Board for Technical Education.”