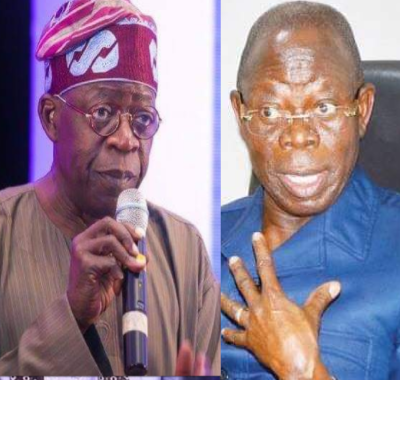 APC loyalists alarmed that the way the party chairman, comrade Adams Oshiomole has been handling matters of the the party is tarnishing the image of the party and the position taken by the National leader of the party, Asiwaju Bola Tinubu. We urge him to have a rethink on Oshiomhole to allow him go before it is too late for the party.

“Oshiomhole was sponsored to kill the party, leading to the various crisis and defection of notable party leaders. President Muhammadu Buhari should take precise decision to save the party from total collapse ahead of the general election.

“Many party leaders across board are already warming up to leave, while some are already gone. If Oshiomhole is not removed between now and then, the party will lose most of the Governorship, Senatorial, Reps and Houses of Assembly members across the nation.
”Oshiomhole has destroyed the APC beyond imagination and we APC faithful cannot fold our hands. Adams Oshiomhole, the national chairman of the All Progressive Congress (APC) is a fundamental error as the National Chairman of the party.

“There is no doubt, President Muhammadu Buhari may not be aware of the inefficiency of the national chairman before he endorsed him. Had he known, he would not have allowed him.

“The chairman has taken the party 5,000 steps backward. On behalf of other ex-presidential aspirants and me, we insist that Adams Oshiomhole must go or the party risk defeat in 2019 general election.