Muhammadu Buhari has signed the bill for an Act to establish the Nigeria Centre for Disease Control (NCDC) into law. 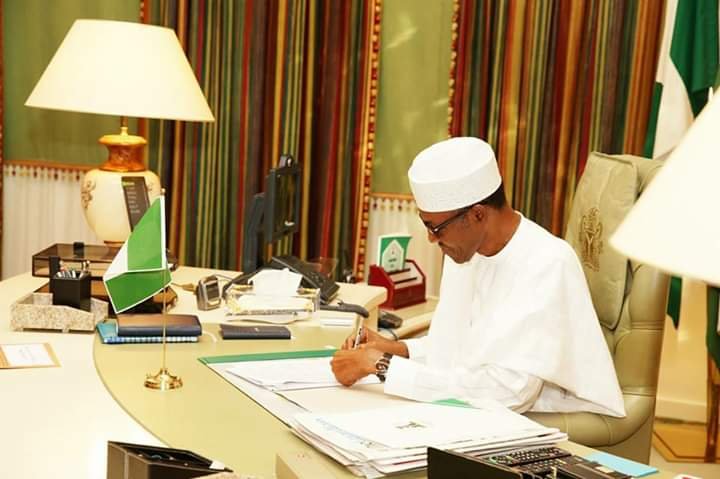 The President disclosed this on Tuesday via his verified Twitter handle.

According to him, the NCDC Act was one of the bills he assented to last week.

President Buhari who noted that the agency has existed for seven years without enabling legislation was confident that it would now be able to deliver on its mandate.

Meanwhile, the leadership of the NCDC has commended the President’s assent to the bill, saying it was a demonstration of his commitment to national health security.

The agency explained in a statement on Tuesday that since its establishment in 2011, it has demonstrated its capacity to protect the health of Nigerians by delivering on its core functions of preparedness, detection and response to outbreaks of infectious diseases.

It added that the new Act which would establish NCDC as a full-fledged parastatal would also ensure that its work was sustained and supported.

Reacting to the development, NCDC Chief Executive, Dr Chikwe Ihekweazu, said, “We are very grateful for Mr President’s support in the passage of the Executive Bill.”

“This Bill will provide Nigerians with an institute that has the capacity to ensure the country’s health security.

“We are also grateful to the honourable Minister and Minister of State for Health for their support and the Senate Committee on Primary Health Care and Communicable Diseases led by Senator Mao Ohuabunwa,” he added.

Dr Ihekweazu stressed further that with the signing into law of the bill establishing Nigeria’s national public health institute, the Federal Government has shown its commitment to ensuring that the citizens are well protected from the public health threat of global emerging infectious diseases.